This article is about raising awareness of the risks and threats faced by covert operatives, and how slash resistant hoodies and help reduce the risk of knife and workplace violence related injuries.

Ever since the 1983 stabbing of John Fordham an undercover Surveillance Police Officer killed by career criminal Kenneth Noye in the grounds of Noyes home, covert professionals have questioned tactics and the means in which to protect covert operatives.

I know from personal experience in covert operations that experts, whether they be from the Police, Military, Security Services or the Private Sector, while engaged in covert work would rather not wear Body Armour or Personal Protective Equipment (PPE)... but they may well have considered slash resistant hoodies or similar garments.

Of course, the senior management in charge will issue PPE, they are legally obliged to, but the type of issued equipment is most likely to be generic and unsuitable for the covert nature of the work, generally because it is too bulky and therefore not covert.

However, in the eyes of the senior management they have legally done their bit and the onus falls to the operative to wear the supplied PPE. I can tell you that this simply doesn’t happen. When I was involved in high risk potentially life-threatening operations with the Counter Terrorist Unit, even after specific mention of PPE being required as part of the risk assessment for the operation, operatives would throw the equipment in the boot of a car or even leave it in a locker unused.

This wasn’t foolhardy bravery, even though the people I had the privilege of working with are brave, it was simply because the operatives felt more covert and therefore safer than if they were wearing it. I believe my colleagues and those I know would feel differently about wearing slash resistant hoodies, effectively reducing the risk of knife injuries.

The fact is that if you are involved with test purchase, undercover operations, surveillance or other covert operations it is accepted that you may be putting your life on the line in this high-risk environment. I have worked within these arenas and I know that PPE is the last thing on the mind of the operatives who just focus on getting the job done.

Without going into tactics or giving away trade secrets it is fair to say that there are contingencies and other means of keeping track of Operatives deployed on an operation but it is a very lonely place when you are that operative waiting for the cavalry to come piling in and you are in a situation where a serious assault is likely.

As the Senior Body Armour Consultant for PPSS Group I regularly attend meetings which have included covert teams from varied covert agencies. In every case I hear the official line on the wearing of PPE and then get the honest answer on the actual wearing of the PPE. It is still not being worn.

My CEO Robert Kaiser has extensively researched and written excellent in-depth articles on knife attacks.  He makes a very valid and knowledgeable point based on fact that while body armour may well save the life of the wearer in a violent stab attack, statistically knife attacks are quite often actually “slash” attacks which can lead to death through unprotected arteries in limbs being severed and rapid blood loss. If you haven’t read his articles, they are worth a read and are attached below:

I can support this statistic having been the victim of a knife attack myself. The offender who had martial arts training attacked me with a concealed knife. Even with training in the heat of the moment they used a slashing motion rather than a stabbing motion resulting in 4 deep cuts to the front of my stab resistant vest before they were overpowered. I appreciate that every attack is different, but all attacks can be given a level of protection which could prolong or save a life. Slash resistant hoodies do offer sufficient protection in order to significantly reduce the risk of injury.

I have already mentioned that Operatives engaged in covert work are not keen to wear Body Armour but, in some circumstances, where the work doesn’t involve being too “up close and personal” it is wholly appropriate. So, what other option is there which could encourage a covert operative to wear PPE?

At PPSS Group we have developed SlashPRO® Slash Resistant Clothing which is fabricated using our very own ultra-high cut resistant fabric Cut-Tex® PRO, offering outstanding tested and certified levels of cut protection. We offer a variety of styles of this clothing which can be worn both in conjunction with or without our body armour. One of the styles is the SlashPRO® Slash Resistant Hoodies. 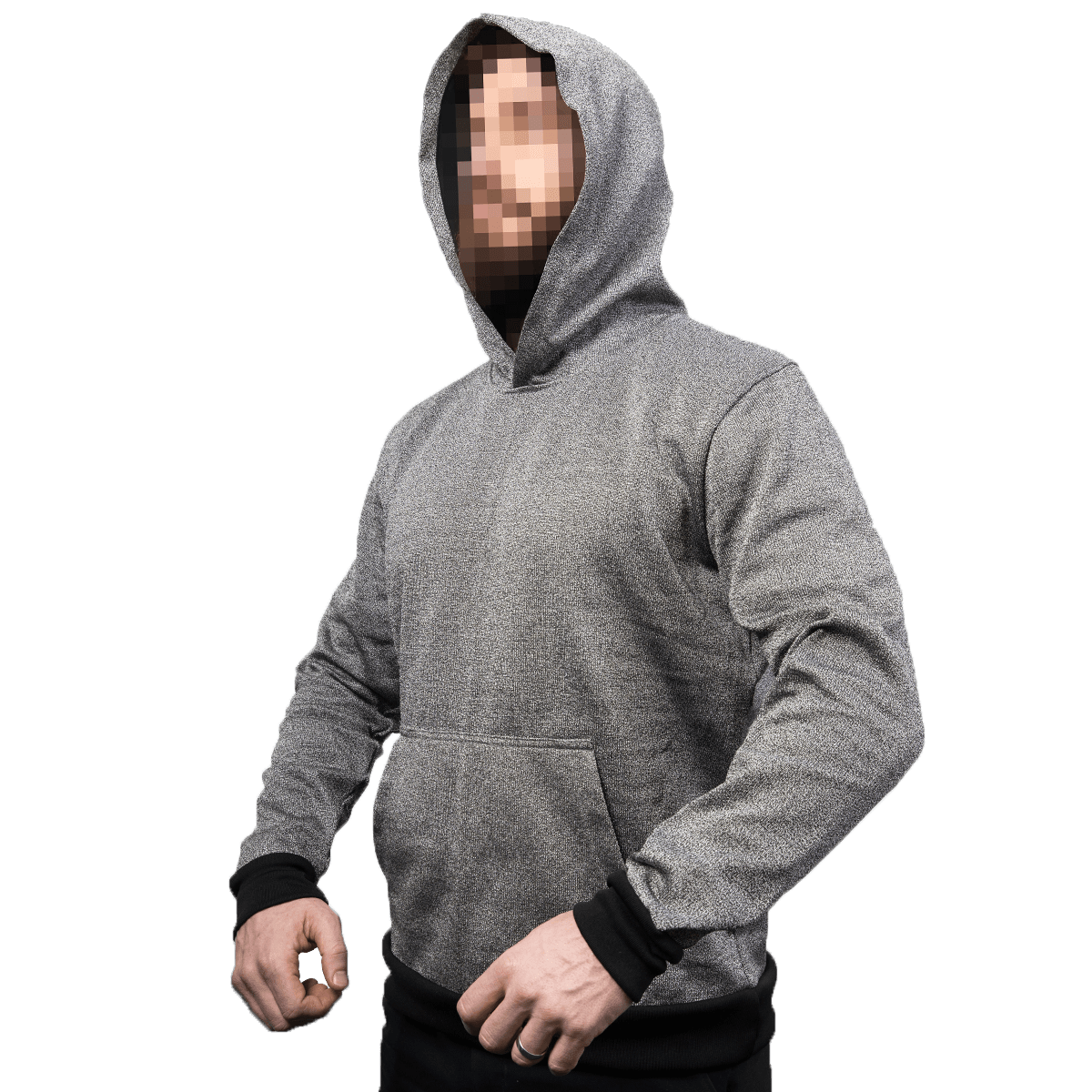 SlashPRO® Slash Resistant Hoodies weren't developed specifically with the covert operative in mind but with my experience in that arena I would highly recommend that it be considered by those professionals working within this highly specialised area of work.